Convergence in Sustainability Reporting Is on the Way–What Does It Look Like? 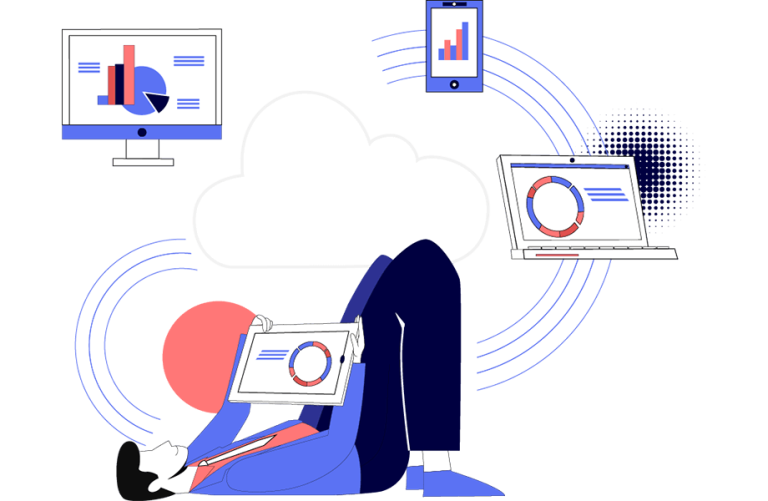 con·​ver·​gence | kən-ˈvər-jən(t)s: the act of converging and especially moving toward union or uniformity

Last September, the five global non-profit organizations whose standards (SASB, GRI, CDSB), frameworks (IIRC) and platform (CDP) are used for most sustainability reporting announced their intent to work together to achieve comprehensive corporate reporting. This was followed in November with the announcement of the IIRC’s and SASB’s intent to merge, positioning this move as a “major step towards simplifying the corporate reporting system”.

Convergence of financial and non-financial (a.k.a. sustainability) reporting standards

Indeed, last September the IFRS* launched a consultation process to collect feedback on whether there was a need for a global sustainability reporting standard and whether it should be involved. The overwhelming response from the almost 600 submissions was, unsurprisingly, affirmative. So just a few weeks ago, the IFRS announced it is moving forward with its initiative to produce a definitive proposal (including a road map with timeline) by the end of September 2021, possibly leading to an announcement on the establishment of a sustainability standards board at the meeting of the UN Climate Change Conference COP26 in November 2021. The IFRS has duly noted the feedback it received on “the need for urgency to deliver global standards, most notably on climate.”

Convergence of market and regulatory drivers

To understand the importance of the above developments, one must recall that corporate sustainability reporting remains essentially voluntary. The early proliferation of frameworks, standards, questionnaires, and third-party assessments (the now infamous source of much confusion) is merely the reflection of market forces working to meet the growing demand for more and better corporate sustainability (or ESG) information. In particular, investor calls for decision-useful information, more quantitative performance measures, and better quality ESG data are deafening—a quick scroll through any institutional investor survey will confirm this.

There are those who say that only market forces, not policies, can drive change. Perhaps. But policies are needed to drive change at scale.

The most notable sustainability reporting requirements are those of the European Union. Directive 2014/95/EU on the disclosure of non-financial and diversity information (NFRD) came into effect in 2018, setting the EU “on a clear course towards greater business transparency and accountability on social and environmental issues.” It was meant to help to measure, monitor, and manage companies’ performance and their impact on society. However, in the context of tooling up for the European Green Deal, the European Commission has found deficiencies in this directive, such as lack of comparability, reliability and relevance of non-financial information provided, and is currently in the process of reviewing it. A revised—and more specific and prescriptive—directive is expected in the first quarter of 2021.

In the United States, the speed and scale of the Biden Administration’s commitments and measures to address such systemic issues as climate change, diversity, or income inequality have been nothing short of astounding. One such measure was the appointment of a senior policy advisor for climate and ESG at the Securities and Exchange Commission (SEC), a new position with responsibility for advising on environmental, social, and governance matters and advancing related new initiatives across the commission’s offices and divisions. It stands to reason that the growing number of petitions and filings for mandatory corporate sustainability disclosures will be getting more attention, and we would not be surprised to see announcements to this effect coming soon.

One might also interpret recent regulations mandating climate-related disclosures for all publicly listed companies—such as in New Zealand and the UK (and possibly coming soon in Canada)—as leading indicators to regulating sustainability disclosures more broadly.

It’s important to remember that regulating corporate disclosures is not necessarily synonymous with standardizing how those disclosures are produced. However, we do believe that the two will soon be indissociable because the purpose of regulations is not only to drive all companies to report (i.e. more information), but to report information that is comparable, material, reliable, consistent, balanced, and timely (i.e. better information). Only a common set of standards can deliver this desired state. The above examples on climate-related disclosures serve as a case in point, as they all specify implementing the recommendations of the Task Force on Climate-Related Financial Disclosures (TCFD).

In sum, we believe the pace of change will only accelerate toward the end goal of a single universal sustainability disclosure standard, encompassing both financial and non-financial disclosures. Moreover, we expect application of this standard will be compulsory for all companies, public and private. The exact time frame for implementation remains a bit more difficult to ascertain…but if we had to guess, we would predict within three to five years.

(*) IFRS oversees the International Accounting Standards Board (IASB), which develops and enforces international financial reporting standards for publicly-held companies. It is the global equivalent to the US Financial Accounting Standards Board (FASB). Both the IASB and FASB have been collaborating for almost twenty years to improve and converge their respective standards. It’s almost as if there were a single, global financial reporting standard. 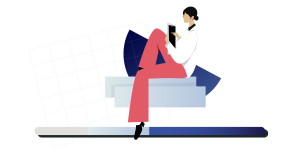 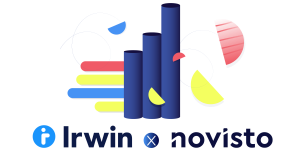 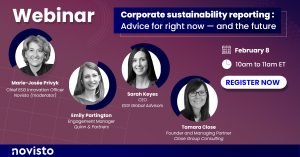 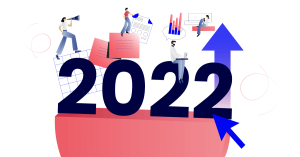