Biodiversity: Next Up On The Corporate Sustainability Docket

As global forces finally begin to converge on clear goals and actions to address climate change, the resulting momentum is cutting a path for another critical environmental issue: biodiversity. Capital providers are beginning to recognize biodiversity loss as a major systemic risk, while companies are coming to understand that they both depend on and impact biodiversity in the conduct of their business. There is movement in both the public and private sectors to understand, mitigate, and report on biodiversity – and companies need to prepare.

Biodiversity comprises three parts: ecosystem diversity, species diversity, and genetic diversity among species. Humans benefit from high biodiversity because it provides essential resources for basic necessities of life such as food, energy, building materials, medicines, and more.
Biodiversity is an example of natural capital – the world’s stocks of natural assets including geology, soil, air, water, and all living things. Together, these provide ecosystem services that enable human health, safety, and livelihoods.
Today, the world is experiencing alarming rates of biodiversity loss: the reduction of diversity among ecosystems, species, and species’ genetic makeup. This is mainly due to human activity and its impacts such as changes in land use, overexploitation of natural assets, climate change, pollution, and invasive alien species. Increasingly, biodiversity and climate are being recognized as reinforcing “twin crises” in which biodiversity loss reduces nature’s climate-regulating benefits, and a hotter climate further exacerbates biodiversity loss. Both are inextricably tied to global issues of ecology, food security, medicine and science, disease, economic activity, culture, society, and political stability, which depend on diverse plants, animals, and resources around the world.

The importance of biodiversity is finding its way into international discussions regarding societal health, economic development, company performance, and capital allocation. At the United Nations 15th Conference of the Parties on biodiversity held in October 2021, over 100 countries signed the Kunming Declaration, which calls for “urgent and integrated action” regarding biodiversity in all sectors of the global economy. Signatories committed to supporting a global Post-2020 Biodiversity Framework intended to facilitate the implementation of the objectives of the Convention on Biological Diversity (CBD), a 1933 treaty to promote sustainable development, the conservation of biodiversity, and the sustainable and fair use of natural resources.

Central banks and financial supervisors around the world, collaborating under the Network for Greening the Financial System, are developing their own nature-related agenda, acknowledging that nature-related risks such as biodiversity loss could have significant macroeconomic implications, and that failure to account for, mitigate, and adapt to these implications is a source of risks relevant for financial stability.

The central banks’ view is echoed by capital markets recognizing biodiversity as having a significant potential to impact investment value in the short, medium, and long term. Since September 2020, 84 financial institutions have committed to the Finance for Biodiversity Pledge to collaborate, engage with companies and leaders, set targets, and report publicly on biodiversity preservation. Similarly, the proposed Nature Action 100 investor-led collaborative engagement program, expected to launch in the summer of 2022, intends to promote public policies and corporate actions to support implementation of the Post-2020 Biodiversity Framework.

Engagement will not be the only tool at investors’ disposal, and the learning curve for biodiversity is proving much shorter than for climate change. For example, the Partnership for Biodiversity Accounting Financials (PBAF) Standard, expected to be published in the first half of 2022, will serve as the biodiversity equivalent of the Partnership of Carbon Accounting Financials (PCAF) Standard, helping financial institutions to assess and disclose impact and dependencies on biodiversity of their loans and investments.

The Role Of Companies

Companies share a symbiotic relationship with biodiversity: they are both largely responsible for biodiversity loss and deeply dependent on ecosystem services and resources for business productivity, namely in agriculture, energy, tourism, and transportation. According to the World Economic Forum, more than half of global annual GDP depends on ecosystem services. As nature degrades, companies will experience deteriorated supply chains, disrupted business operations, increased costs of raw materials, reputational and non-compliance risks, and resulting decreases in profitability.

But biodiversity can also present an opportunity. Nature-positive business models, those that contribute to reversing nature loss by 2030 from a 2020 baseline, can improve business efficiency, product and service development, access to new funding streams, and lower operating costs. Such business models represent an opportunity to generate up to US$10 trillion in annual business value and create 395 million jobs by 2030, according to the World Business Council on Sustainable Development.

With the growing mobilization to address biodiversity loss, calls for more and better information are sure to follow. Companies will undoubtedly face rising expectations from investors, banks, insurers, customers, employees, and regulators to improve the quality and quantity of their corporate biodiversity disclosures. Once again, action on climate change is guiding the way. The recently created Taskforce on Nature-related Financial Disclosures (TNFD) is working diligently on disclosure recommendations very closely aligned with those of the Task Force on Climate-related Financial Disclosures (TCFD). The IFRS Sustainability Disclosure Standards are likely to incorporate the biodiversity application guidance of the Climate Disclosure Standards Board (CDSB), the latter having been merged into the IFRS Foundation last February. Similarly, the draft European Sustainability Reporting Standard for Biodiversity and Ecosystems, developed in collaboration with the Global Reporting Initiative (GRI) has already been released for consultation. The GRI will also update its own 2016 Biodiversity Standard in collaboration with the CDP this year, which will in turn be expanding its corporate questionnaire to include biodiversity disclosures. Even the Science Based Targets Network (SBTN) is working on guidance for science-based targets for nature. Finally, on the regulatory front, Europe continues to lead the way with explicit references to biodiversity disclosures found in the Sustainable Finance Disclosure Regulation (SFDR), the Corporate Sustainability Reporting Directive (CSRD), and the EU Taxonomy Regulation.

In keeping with the accelerating global mobilization to address this ‘other’ systemic risk, it’s clear that expectations of what companies must ‘do’ and ‘say’ on biodiversity are only going to increase, both in quantity and quality. Change is happening fast. Fortunately, alignment and synchronization are, too. 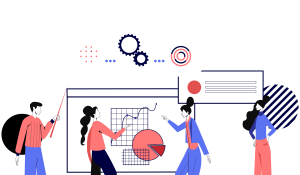 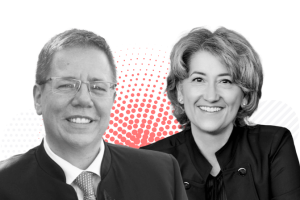 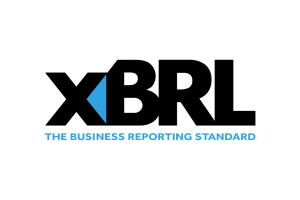 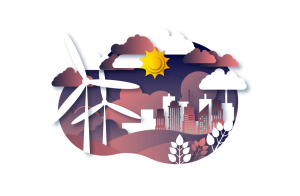 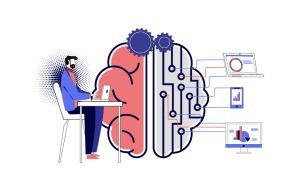 AI in ESG and Degrees of Automation