The new business reality will require companies to become aware of their dependence and impact on their ecosystem and to embed the concept of sustainability into their strategy and business model. This paradigm shift is driving a commensurate transformation in corporate reporting.

Novisto exists to contribute to the sustainability of the economy, environment, and society by empowering companies to make better decisions and disclosures through our ESG data management software.

Our one-day conference will bring together business leaders and investors who are embracing the paradigm shift to sustainability-aligned business practices, who believe in technology as a catalyst for ESG adoption and integration, and who are seeking to effect change.

Corporate Panel
The Next Frontier – Integrating Sustainability Into the Business Model

Companies are making great strides in improving the quality of their ESG reporting to better meet the needs of investors and other stakeholders. However, reporting is not an end in itself, but an accountability mechanism of management. Ultimately, companies must strive for outcomes that not only enable them to thrive, but also to contribute positively to the natural and social ecosystem they depend on. To do that, companies must cross the next frontier of integrating sustainability into their business model and strategy. This panel of corporate sustainability leaders will explore the challenges and potential rewards of taking this crucial next step.

The way that digital sustainability data flows between systems and stakeholders today is not fit for purpose. This siloed, complex, and inconsistent system for information data flows is costing the global economy trillions of US dollars each year, and results in less informed decision-making. That, in turn, negatively impacts businesses, economies, communities, the climate, and the natural world. David Wray, President, DFCG International Group and co-founder of the Capitals Coalition’s Digitalizing Sustainability Data Lab, will share details of this global initiative to design and develop an integrated and interoperable digital sustainability data flow system that treats sustainability data with the same, governance, transparency and assurance as that of financial data and disclosures.

ESG data should be a key factor in the valuation of assets, but it can also be a valuable tool for social change. This panel of experienced private capital practitioners will examine how ESG data can serve as a baseline for private capital investors to not only make better investment decisions, but to shift investments away from toxic assets towards those with positive social and environmental impacts.

Fireside Chat
The Transformation to Sustainability

To effect change, companies must strategize, plan, manage, and set targets, all of which requires looking forward. When it comes to sustainability-related issues, it also requires adopting a very long-term horizon. Estelle Métayer, an expert in strategic intelligence and futurist, will share her insights on future trends, possibilities, and disruptions as we collectively make our way to a more sustainable world. 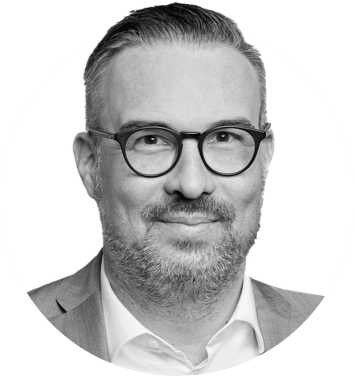 Get In Touch With Us

Advises CEOs and boards as they build/improve their strategic decision-making process and competitive intelligence functions to avoid strategic blindspots. Best work is done when companies need to drastically change the way they do business and/or grow aggressively.

Arista Sunlife Award for “Entrepreneur of the Year” (2000). French, English, German, Dutch, Italian and learning Arabic and Turkish. Commercial pilot and flight instructor When not flying, can usually be found at www.twitter.com/competia .

Profile summary
Vinay Shandal is a Managing Director and Partner in our Toronto office. He is the Global Leader for BCG’s Sustainable Finance and Investing business. In this capacity, he advises leading investment organizations on their approach to ESG and sustainable finance. He is also the head of the Canadian Principal Investors and Private Equity Practice, and works closely with the largest pools of capital in Canada and globally on issues of strategy, transaction support and portfolio acceleration

Rachel brings over a decade of experience in ESG strategy and reporting in the Canadian financial industry.  As the Head of TD’s ESG Reporting and Impact Measurement team, she navigated TD’s strategy through materiality assessments, the adoption of GRI standards, SASB and TCFD reporting.  TD’s reporting won national acclaim, winning “Best ESG Reporting” in Canada from IR Magazine for three years in a row.

Originally from the U.K., Rachel completed her undergrad at St. Andrews University in Scotland and returned to school mid-career for a Certificate in Corporate Responsibility from St. Michael’s College in Toronto.  In her spare time, Rachel volunteers with Ski Patrol Canada.

Hélène V. Gagnon is Chief Sustainability Officer and Senior Vice President, Stakeholder Engagement at CAE and is a member of the Executive Management Committee. She leads CAE’s ESG strategy, sustainability, environment, and social impact to make the world a safer place. She is accountable for CAE’s global communications with employees, media and other stakeholders as well as public affairs and government relations including R&D and Higher education institutions relations. She joined CAE in 2015 as Senior Vice President, Public Affairs, Global Communications and Corporate Social Responsibility.

Prior to her appointment at CAE, Ms. Gagnon worked for 11 years at Bombardier, the last eight as Vice President, Public Affairs, Communications, Corporate Social Responsibility and Achieving Excellence System for Bombardier Aerospace, at the time, the third largest civil aircraft manufacturer. From 2003 to 2007 she was Senior Director of Public Affairs at Bombardier Transportation.

She began her career in 1995 with the law firm Fasken as a specialist in environmental law. In 2000, she joined mining and metallurgy multinational Noranda Inc./ Falconbridge Limited (now known as Glencore) as Director of Public and Corporate Affairs for Québec.

Ms. Gagnon has always been very active in the community. She has been involved in more than 50 organizations including government advisory boards, pressure groups, cultural and charity organizations and business associations and was appointed to more than 25 Boards of Directors.

She has been a speaker or panelist around the world on topics such as ESG, social impact, environmental policy, corporate social responsibility, public policy issues, crisis management, issue management and social media. She has garnered more than 70 scholarships, awards, distinctions and excellence prizes notably, the prestigious Canada’s Most Powerful Women Top 100™ award from the Women Executive Network in 2007 and the top 50 of Best Executives in Canada from the Globe and Mail Report on Business in 2022.

A graduate of McGill University with a degree in Civil Law (B.C.L.) and Common Law (LL.B.), Ms. Gagnon also holds a Master’s degree in Public Administration and Public Policy from the London School of Economics (M.Sc). She is a member of the Québec Bar, holds the professional certifications of Accredited in Public Relations (APR) and Fellow (FCPRS) from the Canadian Public Relations Society as well as the Global ESG Competent Boards Designation (GCB.D).

Companion of the Canadian Business Hall of Fame (2018) (CBHF) and the Investment Industry Hall of Fame (IIAC), Monique Leroux is a corporate director. She is Senior Advisor (Non-Executive) of Fiera Capital and serves as an independent board member of global companies such as Michelin, BCE/BELL, COUCHE-TARD and Lallemand Inc (privately owned company). She also chairs Michelin’s ESG Committee as well as Bell’s Corporate Governance Committee. As such, she contributes her broad international business experience as Partner of Ernst and Young (EY), Chair of the Board and Chief Executive Officer of Desjardins Group and Chair of the Board of Investissement Québec.

In May 2020, Ms. Leroux was appointed Chair of the Industry Strategy Council by the Minister of Innovation, Science and Industry of Canada. She is a member of the G7 Impact Taskforce representing Canada. She is also vice-chair of the Montreal Symphony Orchestra (OSM), Chair of the Board of Conservatoire de musique et d’art dramatique du Québec and Chair of Governance committee of Université de Sherbrooke.

Ms. Leroux is a Member of the Order of Canada, an Officer of the Ordre national du Québec, a Chevalier of the Légion d’honneur (France) and a recipient of the Woodrow Wilson Award (United States). She has been awarded Fellowship by the Ordre des comptables professionnels agréés du Québec and the Institute of Corporate Directors and holds honorary doctorates and awards from ten Canadian universities in recognition of her contribution to the business sector and to the community. She is also a Director Emeritus and was a member of the Executive Committee of the Rideau Hall Foundation. She has also published 3 books.

David has held finance executive roles in the technology industry for 25 years. He is the President of the DFCG International Group, the French CFO Network. He holds the President’s Chair of the Board of Directors for Aangen, a Canadian social enterprise focusing on breaking the cycle of poverty. He also holds a master’s degree and is a Chartered Accountant.

David has authored several articles on digitization, sustainability and transformation and his Amazon best-selling book The Power of Potential: A Straightforward Method for Mastering Skills from Personal to Professional.

David is passionate about people and the planet, contributing much of his time to public good sustainability digitization initiatives.

Bertrand Millot leads the Stewardship Investing team, which is responsible for defining and implementing CDPQ’s strategic directions, including integrating ESG factors into all activities and deploying the climate strategy. His responsibilities have three aspects: helping investment teams structure impactful investment opportunities (particularly with regard to social, climate and energy transition investments); managing risks related to ESG, climate change and reputation and contributing to the organization’s outreach in collaboration with the CDPQ Global team.

Mr. Millot is one of the architects of CDPQ’s climate change strategy and a seasoned investor in infrastructure and corporate debt in emerging markets, fields where ESG considerations have historically been at the forefront. At CDPQ since 2015, he previously held various positions in risk management and stewardship investing, including Business Unit Risk Manager for the Fixed Income, Capital Solutions and Cross-functional Risk portfolios. He also served as Head of Climate Risk and Issues and led the Stewardship Investing team.

Before joining CDPQ, Mr. Millot was CEO and CIO at Cordiant Capital, an emerging market corporate debt fund manager. Earlier in his career, he was active in infrastructure project finance with the European Bank for Reconstruction and Development in London, U.K. and with BNP Paribas in Paris, France.

Mr. Millot holds an MBA from McGill University, a Master’s in Engineering from École Nationale Supérieure d’Arts et Métiers in Paris and is a member of the Institute of Corporate Directors (ICD.D designation).

Lauren Katz comes to Novisto with two decades of experience in SaaS software in both product and customer success.

Prior to joining Novisto, Lauren served as a Product Director at AlayaCare, a cloud-based home health care software. Not only does she have an impressive history in the data and product industry, she is also a mother, a fitness instructor, and is an avid traveler.

Lauren brings her expertise in managing platforms and product teams to Novisto, where she coordinates and manages product functionalities to deliver best-in-class technology solutions that meet customer needs. She is also skilled at leading and building big teams, and consistently proves herself to be a strong leader and mentor.

Lauren holds a business degree in hospitality and tourism, and brings her enthusiasm and dedication to product management to her role at Novisto

Marie-Josée is responsible for ESG Innovation at Novisto Inc., a next generation sustainability management platform empowering companies to better manage and create value from their ESG data, reporting, and strategy. Marie-Josee draws on nearly 30 years of experience in capital markets, namely as a sell-side Financial Analyst and Head of research, as Director of Investor Relations for a publicly listed company, and as ESG Advisor to companies and investors.

Marie-Josée is a member of the Enterprise Data Management Council’s ESG Working Group and the Capitals Coalition’s Digitalization of Sustainability Data (DSD)-Lab workshop, and leader of the Quebec–SASB FSA Credential Group. She also participates in the CCLI’s Canadian Climate Governance Experts Initiative.